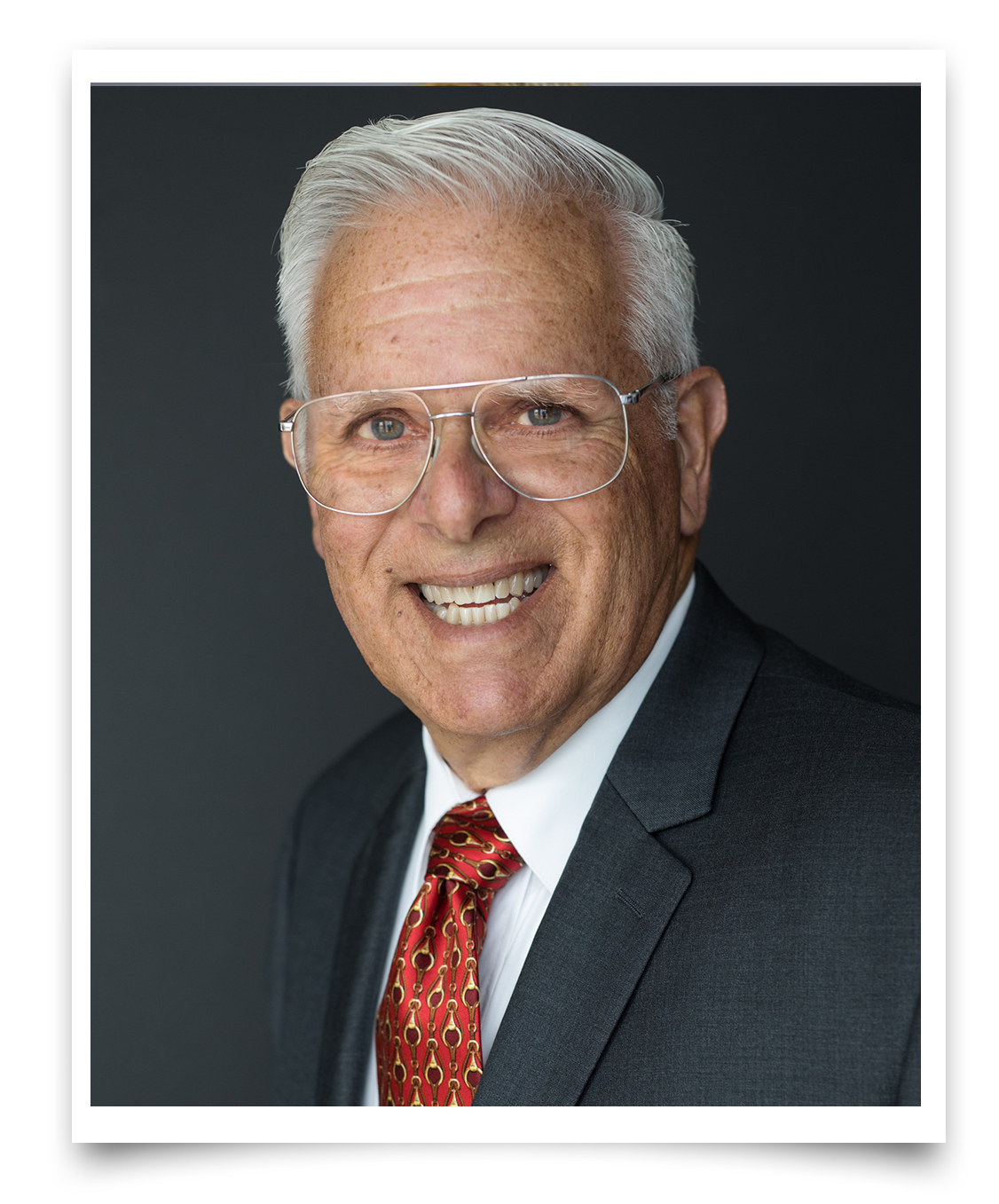 Dr. Cutler receives this award in recognition of leadership and dedication to protecting the health and safety of poultry in California, the United States and internationally. Since 1988, he has been the principal owner of Cutler Associates, through which he has advanced poultry health, management and food safety in all major segments of the domestic and international poultry industries.

Raised in the poultry industry in Southern California, Gregg entered the UC Davis DVM program with a passion for avian medicine. He received his DVM in 1974, completed a residency in Avian Medicine in 1977, and an MPVM in 1978. For nearly 40 years, Cutler has served the commercial poultry industry in various capacities. Cutler Associates serves most of the poultry industry on the West Coast, and many throughout the U.S. and Europe. As one of his associates states, "Gregg proudly tells folks that he has worked as a poultry vet on every continent except Antarctica and is just waiting for the right opportunity."

Cutler is recognized as a pioneer of "flock health" within California and beyond, providing veterinary services primarily to the egg-layer industry at a time when flocks were expanding rapidly in size and complexity. Recognized nationally and internationally by his peers, Cutler was elected President of the Western Poultry Disease Conference in 1983-84 and President of the American Association of Avian Pathologists (AAAP) in 1996-97. In 2011, Cutler was awarded the AAAP Lasher-Bottorff Award, which recognizes an avian diagnostician who has contributed significantly to poultry health in North America.

Cutler is an active member of AAAP, Western Poultry Disease Conference, AVMA (serving in the House of Delegates and Animal Welfare Committee), Poultry Science Association, and the American Association of Industrial Veterinarians. Most notably here in California is Gregg's leadership in donating countless hours in the mid-90's for the development of the nationally-awarded California Egg Quality Assurance Program to reduce Salmonella contamination of eggs; and in 2002-03, serving on the Poultry Industry Advisory Committee for the Exotic Newcastle Disease Eradication Task Force, and providing personal advice/counseling to state/federal animal health officials. Gregg has also served as a member of the California Animal Health and Food Safety Laboratory system Advisory Board since 1986. 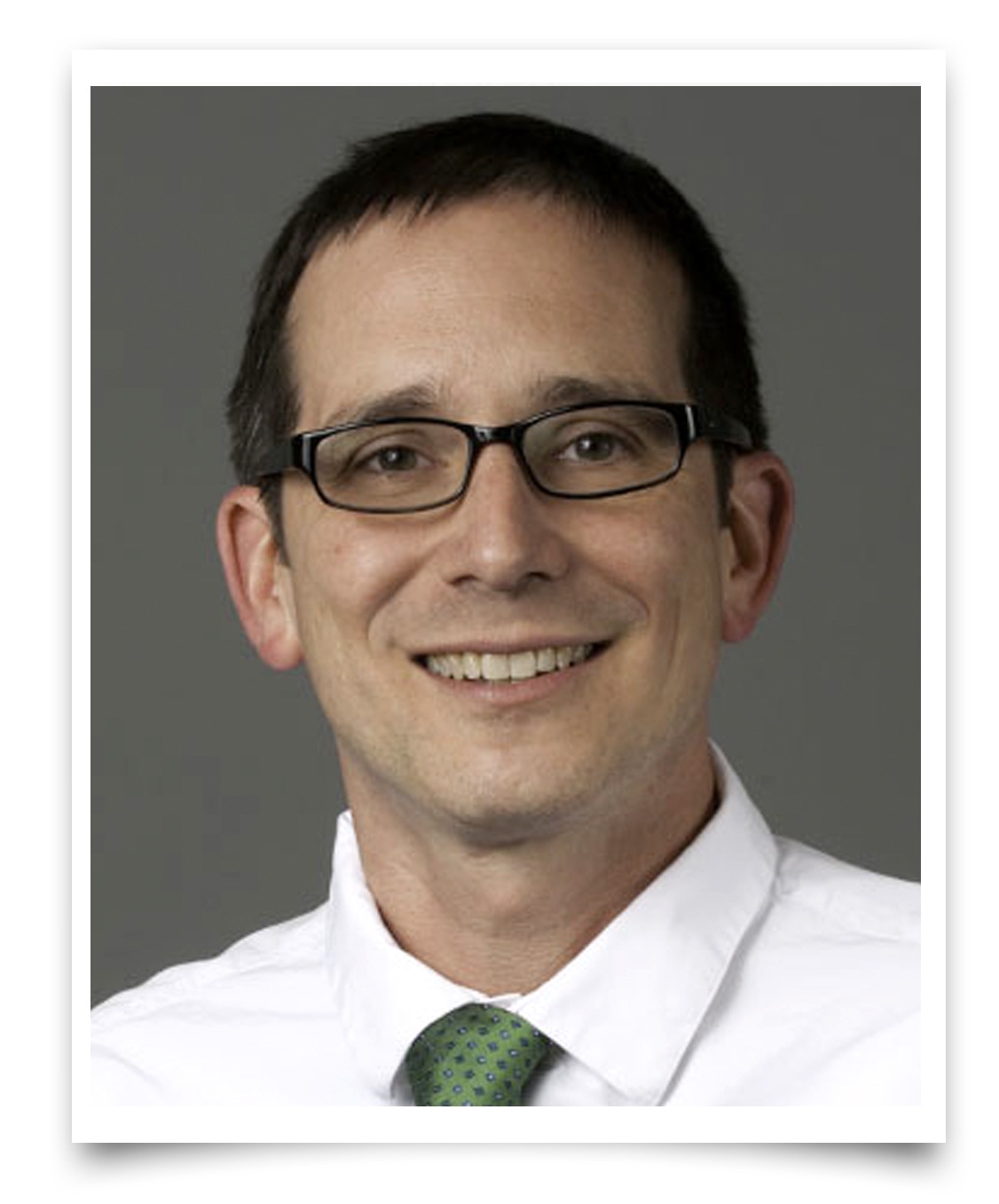 Dr. Kent is recognized for extraordinary contributions to oncology and radiation therapy at the local, national, and international level. He is considered an international leader in the treatment of brain tumors of animals (and humans based on the similar behaviors of these tumors in the two species), and is also noted for his teaching, administrative and public service accomplishments.

Kent received his DVM from UC Davis in 1997 and went on to complete two residenciesâ€”one in oncology in 2002 and another in radiation oncology in 2004. He has served as a professor at the school since 2004. His publications are regularly cited by other researchers in the field, and include both basic and clinical projects focusing on understanding tumor biology from the molecular level to clinical application of knowledge in order to improve patient results. He has made seminal contributions with his work on canine lymphoma and canine oral melanoma, both of which contribute significant insights into similar cancers in humans. He has had success in obtaining funded grants in both basic and clinical areas, including as part of team efforts that have been awarded both R01 and R44 federal grants.

Kent is a Diplomate of the American College of Veterinary Internal Medicine (Oncology) and the American College of Veterinary Radiology (Radiation Oncology). He has served as director of the Center for Companion Animal Health since 2013. Among his many honors he has received the University Stewardship Award in 2017, and the Dean's Award for Excellence for his participation on the Cancer Immunotherapy Comparative Oncology Team. He has served as a faculty advisor to students and volunteered at the Mercer and Knight’s Landing clinics.

In nominating him for this award, his peers had this to say: “Dr. Kent is a bona fide triple threat with a profusion of outstanding contributions to teaching, research and service. He is preeminent in his field, brings great credit to the School and is very deserving of this honor.” 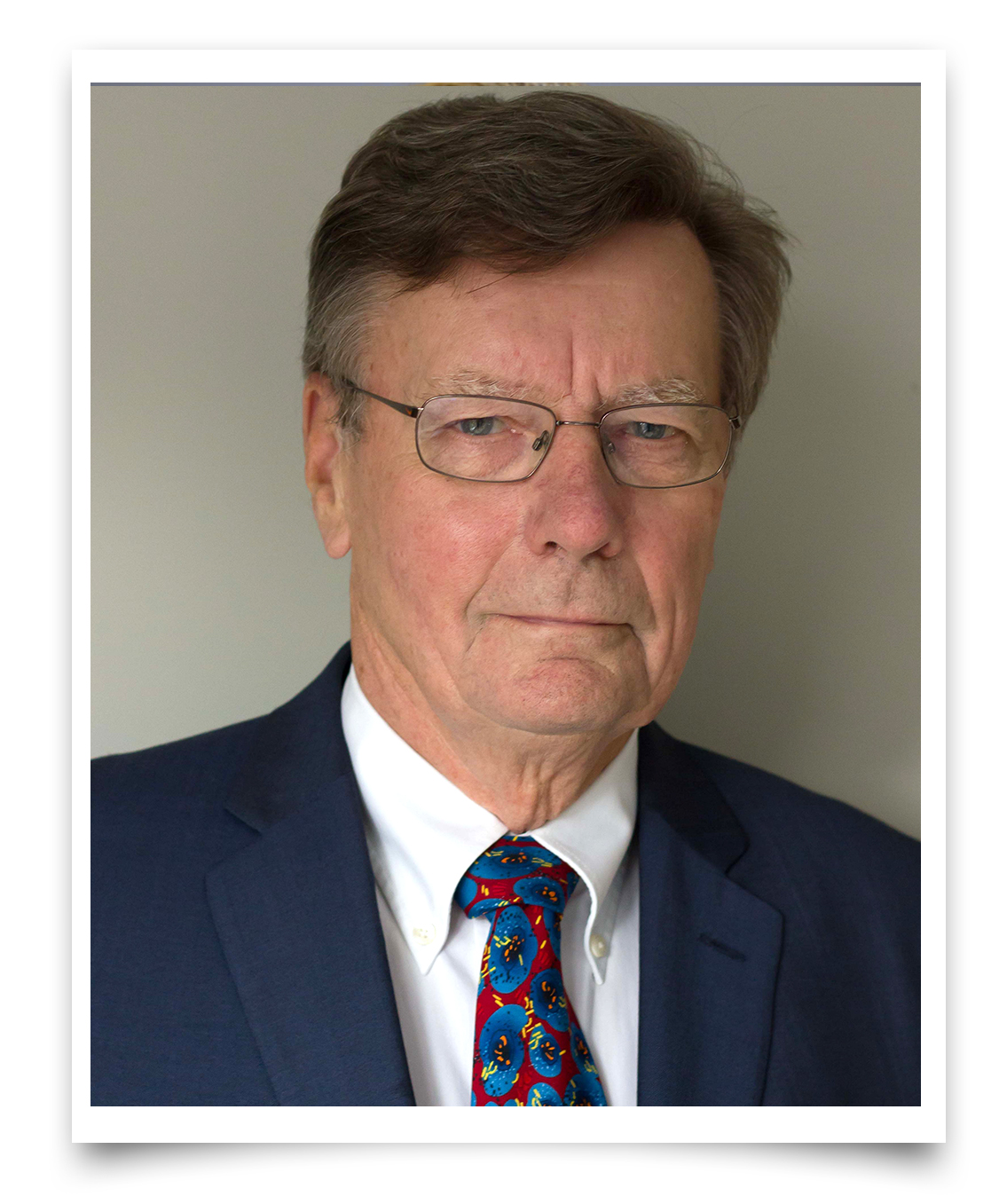 Dr. Martin is recognized for outstanding contributions in advancing education and development of quantitative veterinary epidemiology worldwide. Considered the father of modern veterinary epidemiology in Canada, Martin received his MPVM in 1972 and his PhD in 1974 from UC Davis under the mentorship and guidance of Dr. Calvin Schwabe.

He became Canada's first PhD veterinary epidemiologist in 1974 when he joined Ontario Veterinary College's Veterinary Microbiology and Immunology department, before becoming the first chair of the college’s Department of Population Medicine in 1987. Martin is internationally recognized as one of the key contributors to the development of the discipline of veterinary epidemiology, and is the co-author of three seminal epidemiology text books that are recognized both for their quality as well as their readability.

Martin has authored more than 220 journal articles and mentored more than 50 graduate students. His students are award-winning epidemiology faculty at 10 universities, where they are training the next generations of veterinary students and veterinary epidemiologists. Recognized as an excellent teacher worldwide, Martin taught in many countries including Ireland, Kenya, the Netherlands, Australia, Indonesia, and the Nordic countries, where he taught summer courses in epidemiology to PhD students for 25 years. His most recent research efforts focus on control of bovine tuberculosis in cattle and badgers in Ireland.

Martin was elected as one of the inaugural Fellows of the prestigious Canadian Academy of Health Sciences in 2005. He is the recipient of numerous awards and honors, including the Merck Veterinary Award given by the Canadian Veterinary Medical Association (1987), the Calvin W Schwabe Award for lifetime achievement in Veterinary Epidemiology and Preventive Medicine (2006), the Distinguished Professor Award for excellence in teaching (2006), and an Honorary Doctorate degree from the University of Dublin (2015).

Dr. Sabin receives this award in recognition of her contributions to the profession and society in the United States and around the world. Through her leadership of the AVMA Global Health Summit program, Sabin has been instrumental in bringing together professionals working in global health to address critical societal issues such as disaster preparedness, antimicrobial resistance, climate change, future veterinary education, and One Health.

Sabin received her DVM from UC Davis in 1992 and her Ph.D. in immunology from Cornell University in 1997, working overseas during both programs in Kenya and Brazil, respectively. Prior to beginning her career at the AVMA in 1998, Sabin was a research scientist with Heska Corporation in Fort Collins, Colorado studying immune responses in dogs and cats to parasitic diseases, including leishmaniosis and heartworm.

Sabin has advanced the profession as she has circled the globeâ€”from building relationships with veterinarians and governments in war-torn Afghanistan to working with European, Canadian and Mexican governments on issues such as horse slaughter and rabies. She believes strongly in the power of organized veterinary medicine to advance the profession, while highlighting both its breadth and depth in positively impacting animal and human health and welfare worldwide.

Sabin also served for several years as the AVMA representative on the U.S. Delegation to the World Organization for Animal Health. In addition, she facilitated the AVMA’s diversity and inclusion initiatives, many in close cooperation with other veterinary organizations such as the Association of American Veterinary Medical Colleges, Lesbian and Gay Veterinary Association (now Pride Veterinary Medical Community), and Women’s Veterinary Leadership Development Initiative. 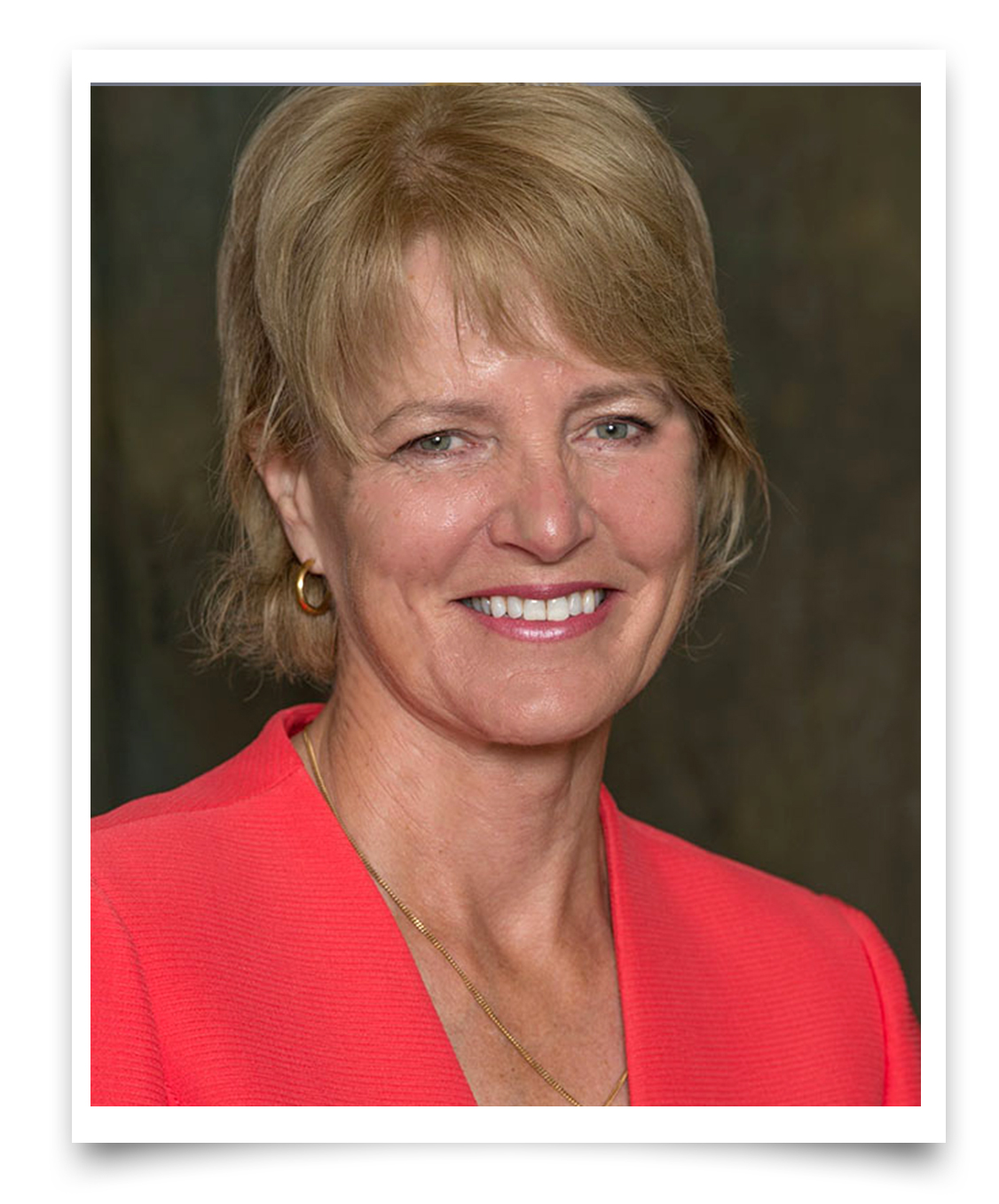 Among many notable research discoveries, Valberg was the first to identify, describe, and diagnose polysaccharide storage myopathyâ€”the most common form of equine myopathy. She also devised a management strategy for affected horses that enables them to live a relatively normal life and perform. Her nominees said: “It is rare for a scientist to have such an impact on our knowledge of a veterinary problem over the course of a career.”

Valberg currently has more than 150 publications, including studies in Genomics and Mammalian Genome, two prestigious genetics journals. Her genetic research has uncovered the mutations responsible for several equine diseases and led to genetic tests for horse owners and breeders. Recently, Valberg collaborated with Dr. Carrie Finno (her mentee of the last 18 years) on the identification of the genetic mutation associated with susceptibility to immune- mediated myositis in the Quarter Horse. This work was published in the journal Skeletal Muscle and led to the development of a genetic test at the UC Davis Veterinary Genetics Laboratory.

Among many honors and awards, including the British Equine Veterinary Association Richard Hartley Clinical award, (2014), Valberg was the first woman inducted into the Equine Research Hall of Fame in 2012. In the same year, she was also the first woman to receive the American Association of Equine Practitioners Milne Award, a lifetime research achievement award.

Valberg is praised for her ability to successfully perform highly translational scientific studies and make complicated scientific results accessible to owners and veterinarians. She is committed to bringing the science back to the veterinary community and using her results to improve the practice of human and veterinary medicine.