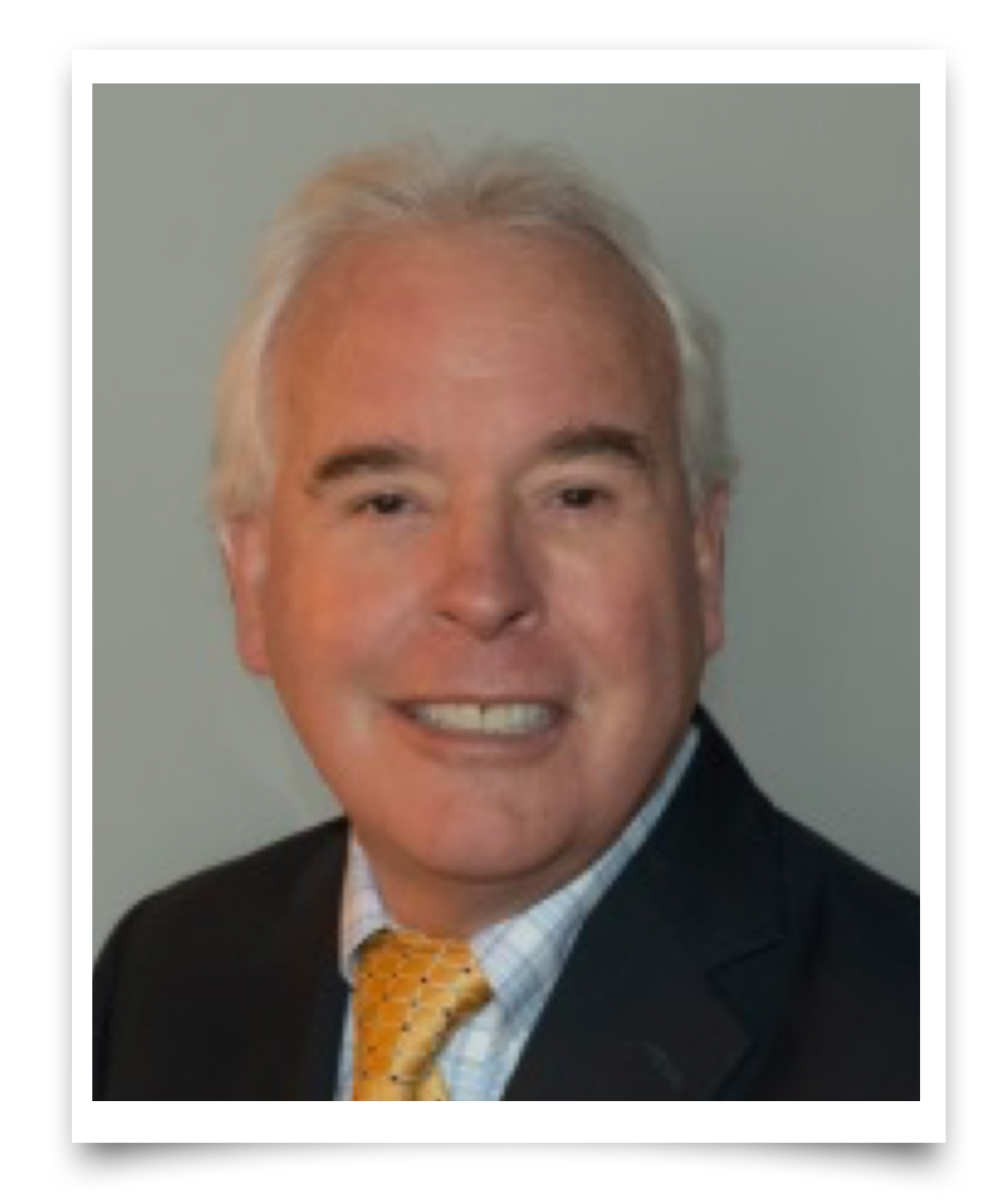 Dr. Creighton receives this award in recognition of his vision, effort, and leadership as the founder of NVA. His unique approach has enabled the organization to thrive for more than 20 years, employing more than 9,000 people at sites in the U.S., Canada, Australia and New Zealand.

Creighton earned his DVM degree from UC Davis in 1972 before pursuing an internship and residency at the Animal Medical Center in New York. He gained diplomate status from the American College of Veterinary Internal Medicine (ACVIM) in 1977 and served as associate professor at the University of Saskatchewan from 1975 to 1976. He was one of the first boarded specialists (ACVIM) to leave his academic career and build a very successful 24-hour referral hospital in southern California.

Highly regarded by his colleagues, Creighton is acknowledged for his farsighted leadership in the early 1990’s when he recognized that fewer graduates were interested in practice ownership while at the same time practices were growing beyond the single proprietorship or small partnership model into larger practices. He understood that veterinarians confronted all of the problems associated with larger businesses, but without the related background or economic infrastructure. In 1996, he sold his share of his private practice and devoted his full attention to founding NVA. He's been an active participant in veterinary business groups nationwide and is looked upon as an expert in practice management and internal medicine. Although he retired as NVA’s CEO in 2009, he remains an active member of its leadership team as Founder Emeritus and continues to contribute to its growth and vision. 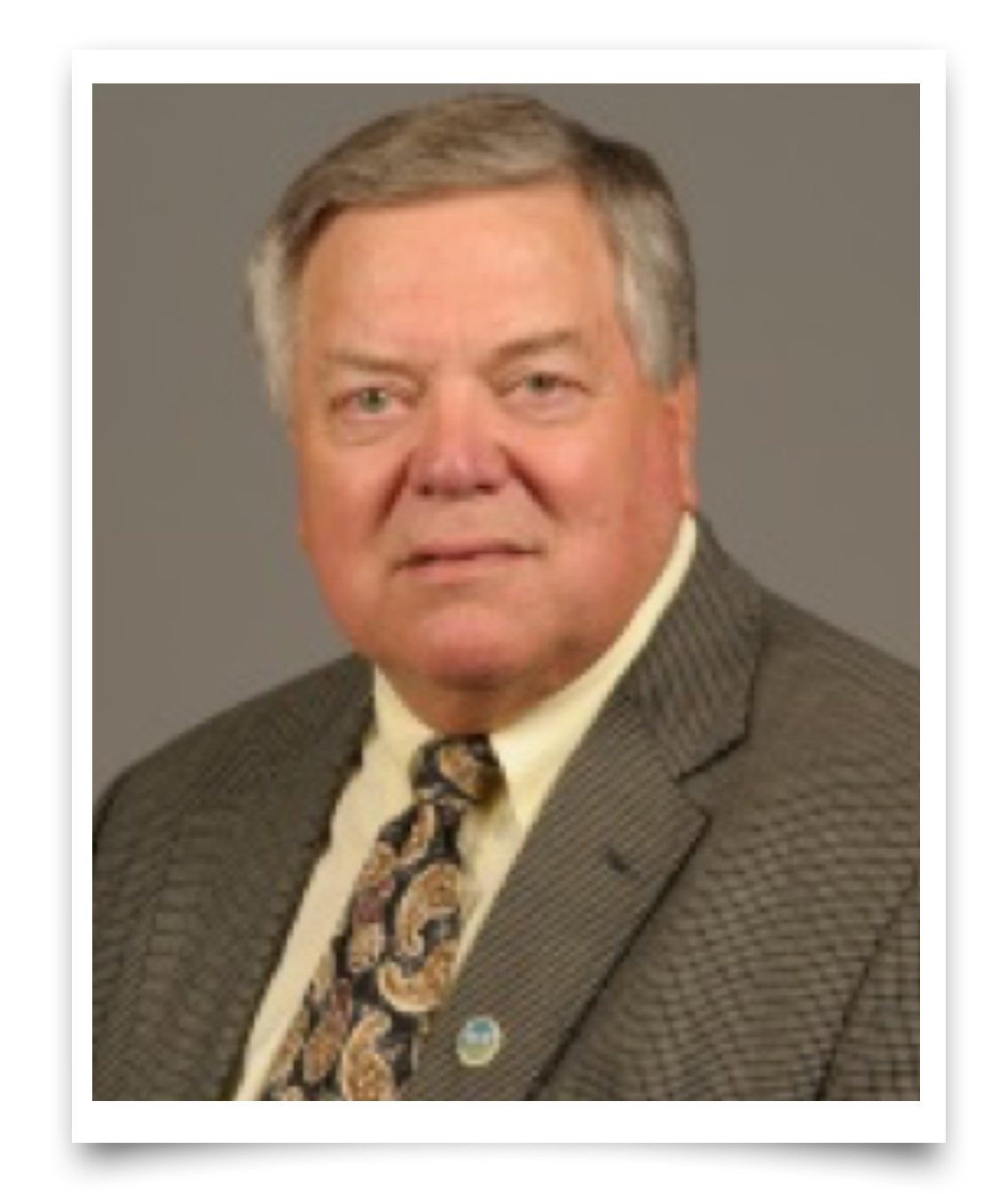 Dr. Hill receives this award in recognition of his contributions to the health and welfare of swine and to the nation’s pork industry. During his career, he served 20 years on the faculty of the College of Veterinary Medicine, Iowa State University where he headed up the Veterinary Microbiology Section of the Veterinary Diagnostic Laboratory. He went on to serve in various director and chief operating officer positions with Iowa Select Farms where his colleagues recognize him as “Master of the Pork Industry.”

Born in a rural community just north of San Diego, Hill developed a love for all facets of agriculture. A solid group of mentors fueled his four-decade-long, multi-dimensional career in America’s heartland. As a diagnostic leader and tenured professor, he taught veterinary and graduate students and served the animal production industries, particularly the pork industry in its national fight to eradicate pseudorabies (PRV). He worked closely with IDEXX and Syntrovet in the development of the gene-deleted PRV vaccine and companion diagnostic tests. In 1994, he accepted an opportunity to consult with Murphy Family Farms, a large integrated hog production operation. In 2000, he joined Iowa Select Farms where he helped the company eradicate its PRV problem through an aggressive testing and vaccination program. He then went on to tackle porcine reproductive respiratory syndrome—a significant biosecurity challenge due to its airborne transmission. In 2010, Hill became even more active with the state and national pork producer organizations where he worked on public policy and industry related legislative issues. As a hog owner himself, Hill stays active in the industry.

Hill obtained his DVM at UC Davis in 1969 after which he moved to Iowa State University where he pursued a post-doctoral fellowship and earned his M.S. and Ph.D. degrees in microbiology. 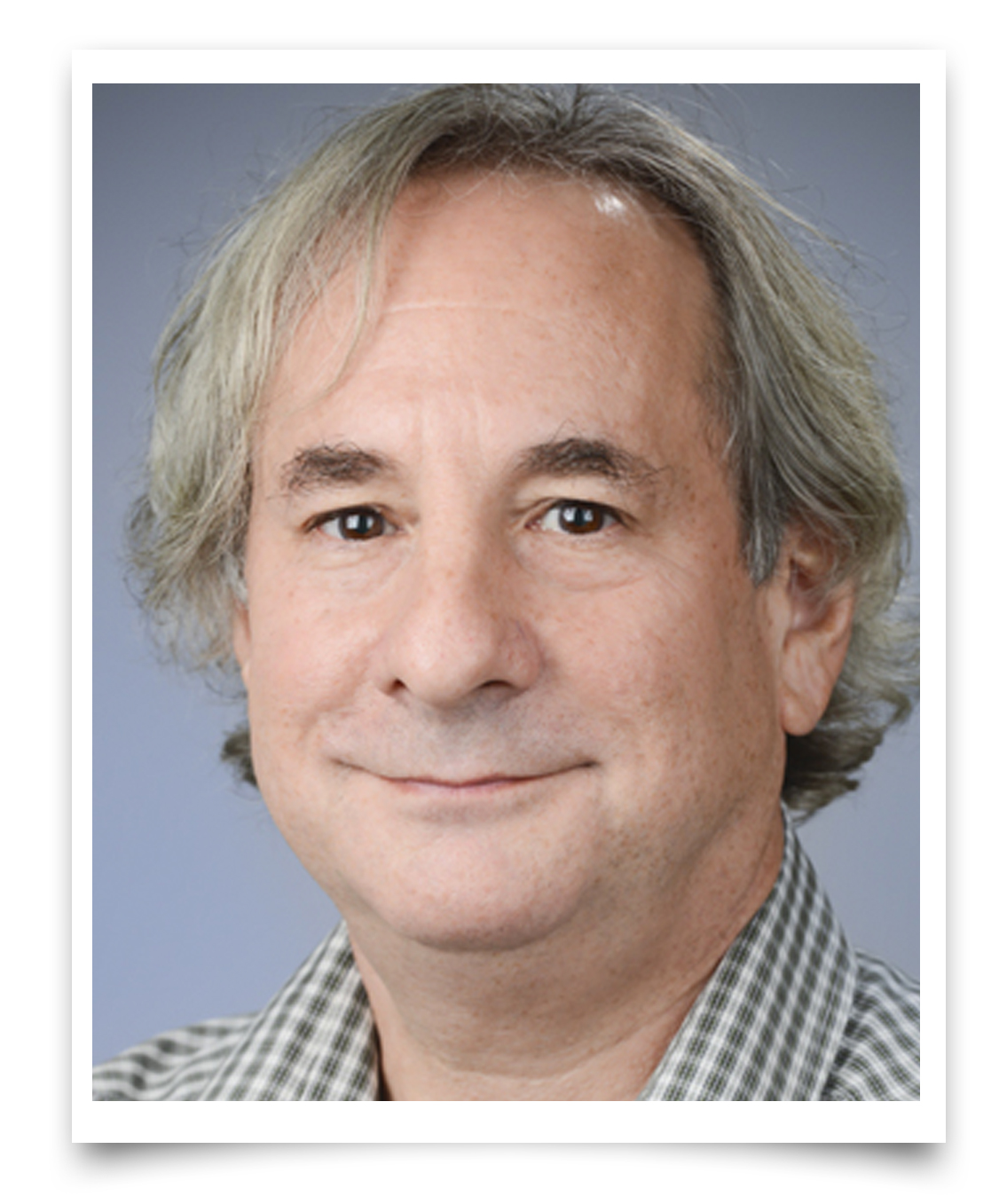 Dr. Kass receives this award in recognition of his outstanding achievements in epidemiological research, extraordinary collegiate support, and distinguished leadership to enhance veterinary medical faculty diversity and equity. With more than 500 peer reviewed publications and mentorship of DVM, MPVM, Ph.D. students and residents, he has brought evidence-based medicine to veterinary science, contributing immensely to the profession and the advancement of the One Health approach.

Kass is described by colleagues as a natural teacher, generously giving of himself and his time to help students and residents to understand epidemiological concepts and support clinical research projects. He has mentored 64 graduate students, helping them and his colleagues understand the statistical evaluation of their data resulting in the validation of their study outcomes and successful publications. His work has had global impacts as a researcher, teacher and mentor, and clearly a scientific leader in his field. His research has spanned exotic, small and large animal veterinary medicine, as well as human-focused studies. His service to the school and the university on numerous committees, administrative and leadership positions has been significant and he’s recognized for his thoughtful and engaged contributions to the work at hand. As department chair, he was a strong advocate and champion for his faculty colleagues and their priorities, yet he depicts a humble and unassuming demeanor.

Kass earned his DVM (1982), MPVM (1984), M.S. in statistics (1988) and Ph.D. in comparative pathology and epidemiology (1990) at UC Davis. He joined the faculty in 1985 as an adjunct instructor and has risen through the professorial ranks during his distinguished career. He obtained diplomate status in the American College of Veterinary Preventive Medicine in 2007. Kass was appointed Vice Provost of Academic Affairs in 2017. 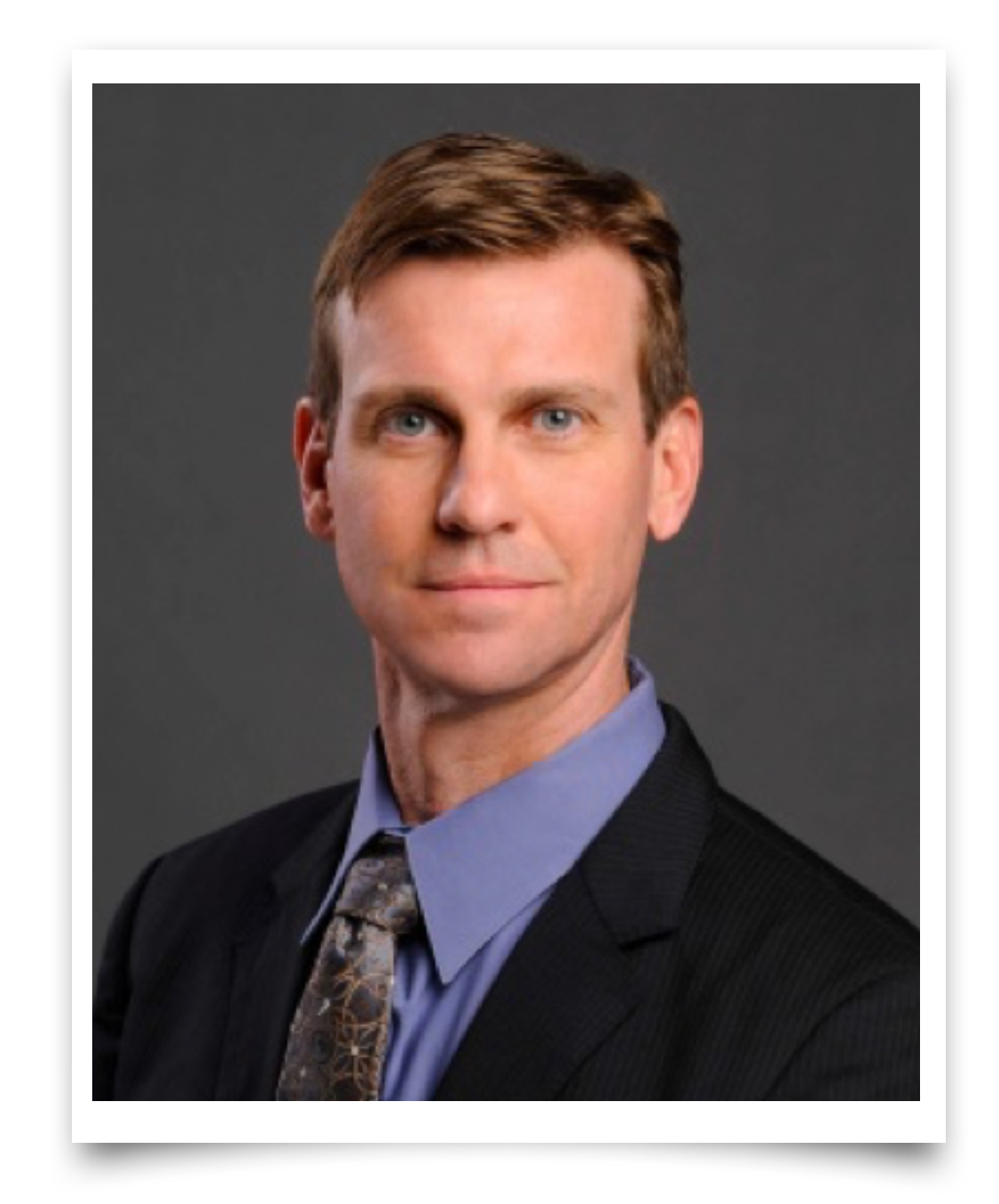 Dr. Klingborg receives this award in recognition of his extreme dedication, leadership and tireless commitment to the health and welfare of the veterinary profession and animal patients. For more than 20 years, he has been at the forefront of the policy, regulatory, and political advocacy/leadership for the state’s veterinary profession, which in turn has impacted the profession nationally.

Klingborg earned his DVM from UC Davis in 1992 and has worked in veterinary private practice ever since. He is heralded by colleagues for his long view of changing public policy, willingness to commit the time and effort necessary to inspire change across years of volunteer activity, and his ability to build consensus with the various stakeholders to secure a goal. He has volunteered on 19 committees and task forces with the California Veterinary Medical Association (CVMA) to strengthen the veterinary profession, operating at a level equivalent to a second full-time job, while running his veterinary practice. In addition, he writes extensively for newspapers (250+ articles) and many blogs on dog and cat health.

Of particular note was his unprecedented tenure (2007-16) as chairman of the CVMA Legislative Committee. Always prepared, he personally researched legislation in great detail and assessed its potential impact on: the profession, the scope of practice, animal welfare, precedential issues, economic factors, and emerging science. His colleagues describe him as an industry leader who is thoughtful, bright and pragmatic and poised when testifying before legislators or speaking to media outlets. His dedication, knowledge, experience and enthusiasm has helped to advance veterinary medicine in California and maintain the quality and integrity of the profession. 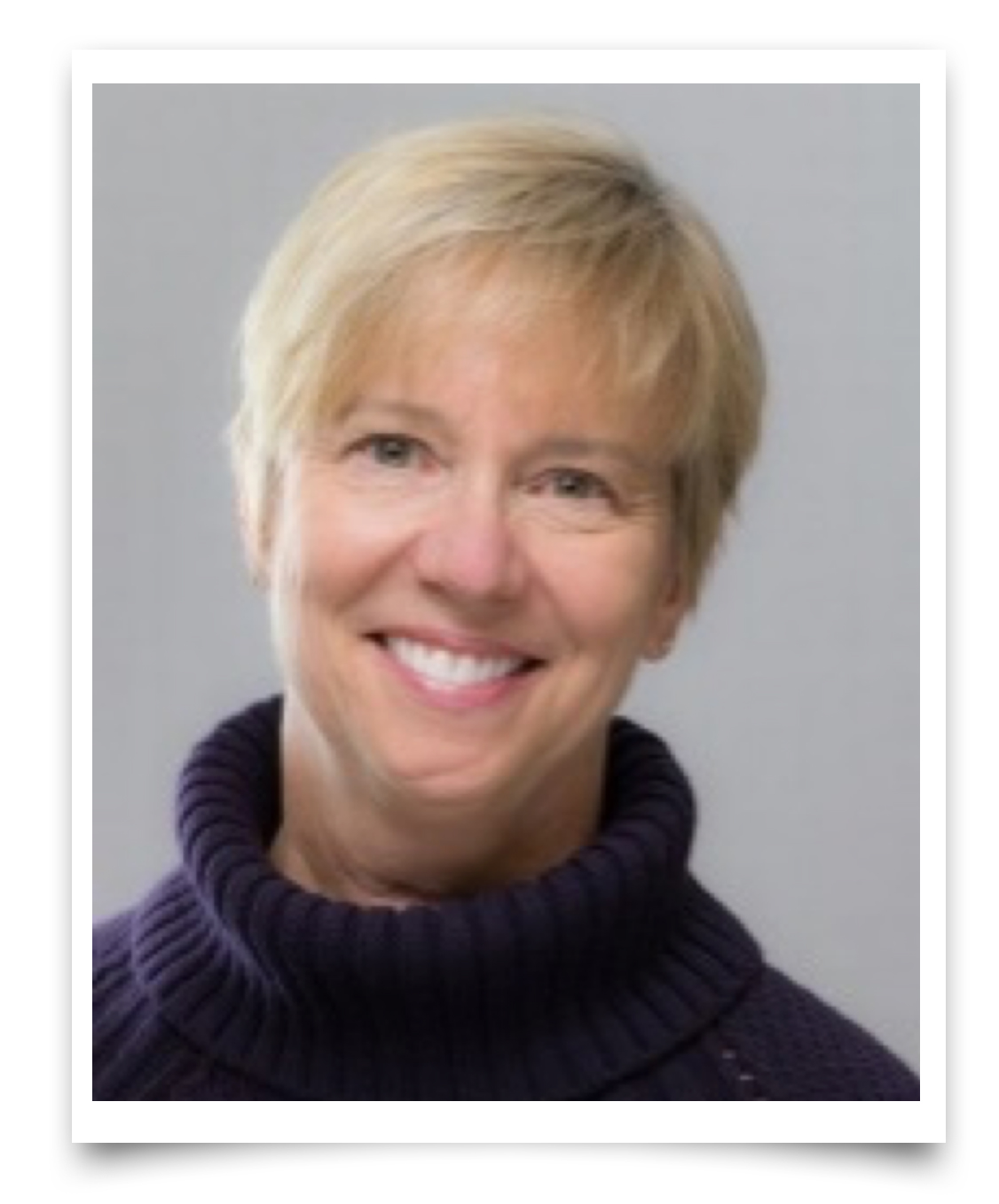 Dr. Ruegg receives this award in recognition of her extraordinary service to dairy farmers, dairy cattle, and consumers of dairy products around the world. She has made significant contributions to the prevention and control of mastitis with an emphasis on evidence-based guidelines to reduce unnecessary antimicrobial usage.

Ruegg’s work includes a wide variety of factors that affect milk quality and food safety, such as storage conditions, teat anatomy, bedding type, pre- and post-milking procedures, worker training programs, and treatment protocols. She has studied on-farm and laboratory culturing of mastitis pathogens in great detail, particularly in regard to treatment outcomes, culture-negative cases, and antibiotic usage on commercial farms.

Ruegg is described as a highly effective teacher and outstanding public speaker, often invited to contribute to state, national, and international conferences. She is also recognized for being equally effective on the farm, working alongside farmers and veterinarians in assessing and resolving a broad array of animal health and milk quality issues. Ruegg has published on other key aspects of dairy cow health and welfare, such as tail docking, ketosis, pneumonia, lameness and biosecurity. She has been a key contributor to the improvement of dairy cow health and milk quality internationally in Central and South America, Europe, and China.

Ruegg earned her MPVM in 1988, and completed her Food Animal Herd Health and Reproductive Management Residency in 1989 at UC Davis. She served at the Atlantic Veterinary College, Michigan State University, and at Monsanto, before joining the faculty at the University of Wisconsin-Madison in 1998. She has published 110 peer-reviewed papers, twelve book chapters and hundreds of invited papers, abstracts, media articles and extension bulletins.