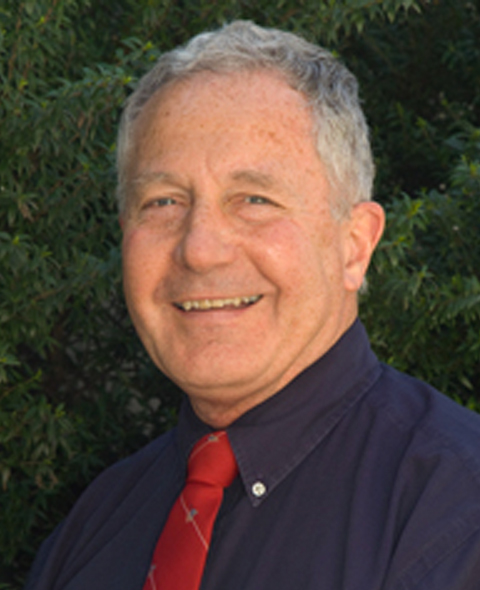 Dr. Hyde is recognized for his outstanding leadership and accomplishments in administration, research, postgraduate education and professional service in the School of Veterinary Medicine throughout his 35-year career. Described as a gifted teacher, Hyde was known for presenting clear, well-organized lectures, and he was always fully prepared. His obvious love for the subject material came through to his students, actively engaging them with his enthusiasm. He trained a large number of graduate students and mentored numerous postdoctoral students who have transitioned to highly successfully careers in academia and industry.

Hyde is internationally respected as a scientist and a leading authority on the biology of asthma and other lung diseases. His extensive research has focused on topics such as the pulmonary effects of environmental pollutants, lung repair and gene regulation, and immunity. He contributed to 264 publications, 28 book chapters and co-authored one book.

Hyde received his MS in 1972 from Whittier College, CA and his Ph.D. from UC Davis in 1976. He joined the faculty in 1979 as an assistant professor of anatomy and during his career served as department chair, associate dean for research and graduate education, and director of the California National Primate Research Center. He received a number of awards including the Pfizer Award for Research Excellence and the Outstanding Veterinary Anatomist Award from the American Association of Veterinary Anatomists. 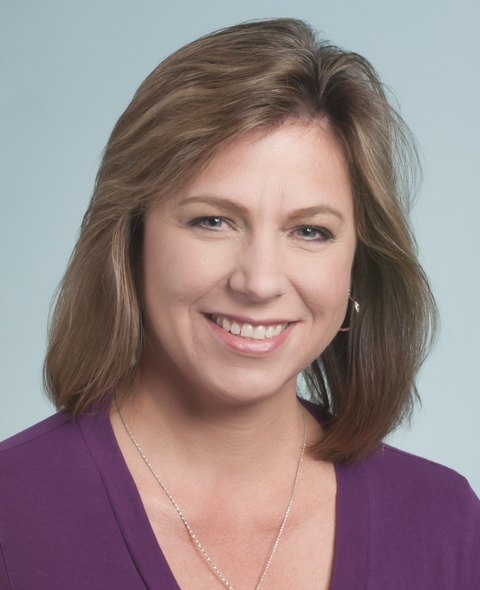 Professor of Epidemiology,
Executive Director of the UC Davis One Health Institute

Dr. Mazet is recognized for her superior research and teaching contributions aimed at improving global health for people and animals, and conservation of threatened species. As a veterinarian, epidemiologist, and wildlife and ecosystem health specialist, Mazet is transforming scientific and policy approaches to global health. Described as visionary, charismatic, and inspirational, Mazet epitomizes a new generation of scientist who harnesses transdisciplinary approaches into a holistic ethos that exemplifies One Health.

Mazet completed her education at UC Davis earning her DVM and MPVM degrees in 1992 and Ph.D in 1996. She has contributed to more than 120 peer-reviewed publications, written four book chapters and presented more than 45 invited and keynote addresses, which further attest to her national and international reputation. She is a committed educator, teaching in the DVM professional curriculum and has mentored 51 graduate and 19 postdoctoral trainees. She tirelessly supports the cross-fertilization of human and veterinary medical teams through the development of international short courses that train health professionals in inter-disciplinary best practices for improved global health. Mazet was elected to the esteemed National Academy of Medicine in 2013. 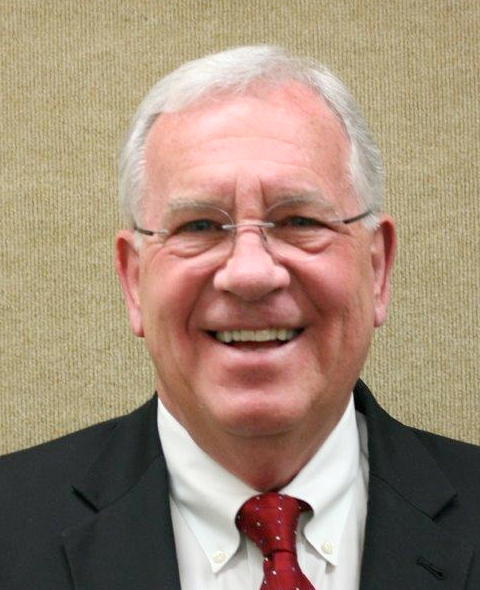 Dr. Rood is recognized for his leadership and community impact as the co-founder of Rood and Riddle Equine Hospital, one of the most renowned equine health care facilities in the world for its excellence, innovation, clinicians, facilities and service. An advocate for professional business education, he founded the American Association of Equine Practitioners Practice Management Symposium and the first Veterinary Management Group for equine practices.

Rood is described by colleagues as “an excellent clinician, enthusiastic and inquisitive, not afraid of taking risks, and challenging dogma.” He’s also recognized for bringing veterinarians together to build a practice that serves the equine community on the cutting-edge of the profession. Rood is dedicated to his patients, often delivering more than promised, and offers his wide range of knowledge to his colleagues as a team-player, leaving the responsibility and the accomplishment to the person he is assisting.

Born in Ohio and raised in the San Francisco Bay Area, Rood earned his DVM in 1972 from UC Davis and his law degree in 1975 from the University of Kentucky. While attending law school, he started a successful ambulatory equine practice in Lexington.  In 1981, he partnered with Tom Riddle to form the Rood and Riddle Equine Hospital. He served as hospital administrator and managed his own ambulatory practice until 2000 when the growth of the hospital demanded he serve as hospital director full-time. Rood now manages 60 veterinarians and more than 220 total staff. 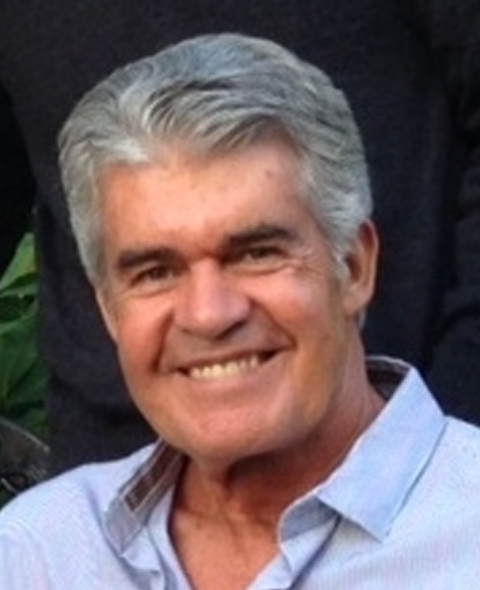 Dr. Stashak is recognized for his sustained commitment and efforts to advance the education and knowledge of veterinarians, farriers, and horse owners to improve the health and wellbeing of horses. He has published more than 130 scientific articles, edited seven textbooks, written more than 28 book chapters, and lectured at nearly 400 meetings. His textbooks are essential references for equine veterinarians.

Stashak is world renowned in the area of equine lameness and wound healing, pioneering numerous surgical techniques still used today. His impact on the veterinary profession is extensive and continues through the graduate students he mentored who have gone on to advance the profession.

Stashak earned his DVM degree at UC Davis in 1971 and completed an internship (1972), surgical residency (1975), and MS degree (1975) at Colorado State University (CSU) before becoming a Diplomate of the American College of Veterinary Surgeons in 1977.  He joined the faculty at Colorado State University in 1974, except for a three year move to Florida, he served on the faculty at Colorado until his retirement in 2004. He was active in a number of professional societies and served as the chairman of a multitude of ACVS and AAEP committees.

He is widely recognized for his leadership and insights by equine veterinarians, farriers, and horse owners. He was inducted into the International Equine Veterinarians Hall of Fame in 2003 and was awarded Equine Speaker of the Year in 2000 by the North American Veterinary Conference. He received the Colorado Veterinary Medical Association’s Outstanding Faculty Award in 1997. 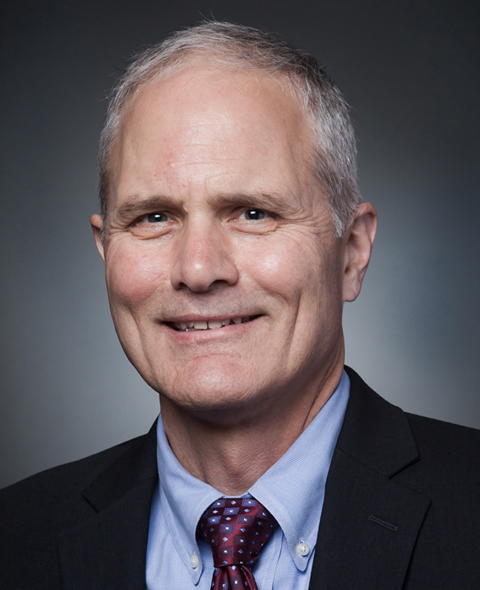 Dr. Stuelpnagel is recognized for his extraordinary contributions to society through his pioneering work, entrepreneurial spirit, and vision for the application of genetic sequencing. The impact of his work can be seen in agriculture, human health care, and genetic manipulation and editing. His groundbreaking work and leadership at Illumina led to the development of an array of tools and technology used in genotyping and gene expression profiling. After departing Illumina, Stuelpnagel has continued to push the envelope through the co-founding of five other companies that have developed and commercialized genetic products including: prenatal tests, immune sequencing for tracking the efficiency of blood cancer therapies, and a clinical informatics platform to interpret DNA sequences for diagnostic testing. He is the co-inventor on 35 issued U.S. patents and the co-inventor on 76 pending U.S. patents.

Stuelpnagel earned his DVM at UC Davis in 1983 and his MBA from UC Los Angeles in 1997. His colleagues characterize him as “a remarkable catalyst who has made extraordinary contributions to society.” The companies that he founded have revolutionized how modern science is performed in academic and private institutions all over the world. They have also contributed to basic and translational discoveries and technologies that will allow scientists to better address fundamental challenges such as maintaining adequate world food supplies, and conquering an array of biomedical problems, including genetic disorders and chronic disease.