Among its more than 5,000 veterinary and academic graduates, the UC Davis School of Veterinary Medicine has produced many who have made extraordinary contributions to society.

One or more alumni are honored each year for outstanding personal and professional contributions to veterinary science or one of its branches, veterinary practice in any of its forms, or to humankind and the advancement of human welfare.

The Alumni Achievement Award is the highest honor bestowed by the school. Honorees may be graduates of school's DVM, MPVM, and graduate academic (MS, PhD) programs, or individuals who have completed internship or residency programs. The 2016 recipients were presented with their award during the School of Veterinary Medicine commencement ceremony on May 21, 2016.﻿ 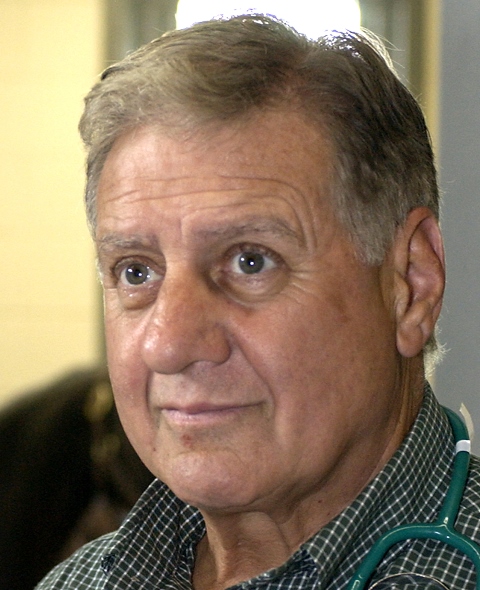 Dr. Byars is honored (posthumously) in recognition of his outstanding contributions to the evolution of equine veterinary practice, especially equine internal medicine and critical care.

Dr. Byars was board certified in internal medicine from the American College of Veterinary Internal Medicine (ACVIM) in 1980 and was one of the first large animal veterinarians to receive board certification in the American College of Veterinary Emergency and Critical Care (ACVECC) in 1990. He served as an associate professor at the College of Veterinary Medicine, University of Georgia for six years before joining the acclaimed Hagyard, Davidson, and McGee equine practice in Kentucky.  During his career, he incorporated state-of-the-art diagnostic approaches in everyday practice and advanced to hospital director, serving a referral caseload of 2,200 horses per year and mentoring interns and residents.

He was highly regarded for his knowledge and technical abilities in practice and his passion for teaching. He was thought to be a pioneer in bringing equine specialists to private practice, paving the way for other equine specialists to achieve ACVECC certification and make unique advancements in emergency and critical care treatment of horses. He has been described as having an inquisitive mind and an independent nature to initiate change when needed.  He developed a major interest in hemostasis and has reported on a number of discoveries regarding bleeding and coagulation disorders in horses.

During his career, Dr. Byars established a reputation in his field for being a cutting edge practitioner and outstanding teacher. He gave more than 75 scientific presentations, including invited lectures in Australia, Canada, Ireland, Spain, England and Dubai. He served as a member of the editorial board of the Equine Veterinary Journal for more than 25 years.

Dr. Byars was an active leader in a number of professional societies and recognized for excellence with the Robert W. Kirk Award for Professional Excellence in 2007, the ACVIM’s highest award.﻿ 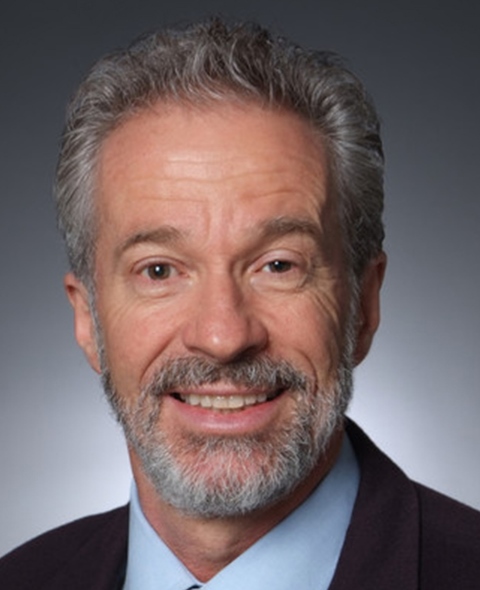 Dr. Gardner is honored for his outstanding global contributions that advance the discipline of veterinary epidemiology.

Dr. Gardner’s 40-year career began as a Veterinary Research Officer in Australian Agriculture before coming to UC Davis to pursue his MPVM and Ph.D. in Comparative Pathology.  In 1988 he joined the school’s faculty where he served with distinction for 23 years, rising to Professor of Epidemiology. He went on to lead aquatic epidemiology efforts at the Atlantic Veterinary College and continues to be internationally recognized for his leadership in applied veterinary epidemiology.

Dr. Gardner is highly regarded as both an excellent teacher and researcher who has received numerous awards and published more than 300 peer-reviewed publications. One of his strengths has been described as his ability to effectively blend theory and application of epidemiologic principles. Not only is this ability key to his teaching success, but he regularly brings this expertise to the numerous national and international committees, policy-development activities within USDA and at the World Organization for Animal Health. His continued appointment to these committees reflects the peer respect that he has earned in the global veterinary research community through his research focused on the improved evaluation of diagnostic testing standards for economically important, transboundary diseases.

Dr. Gardner has been a key collaborator on a wide range of projects including infectious diseases of livestock and production aquaculture, African horse sickness, West Nile fever, Johne’s disease, validation of diagnostic tests and development of appropriate management/disease mitigation strategies. He has also collaborated on many other contemporary issues such as: lameness and breakdown injuries of racing horses, protozoal diseases of marine mammals and Culicoides-transmitted viral diseases.﻿ 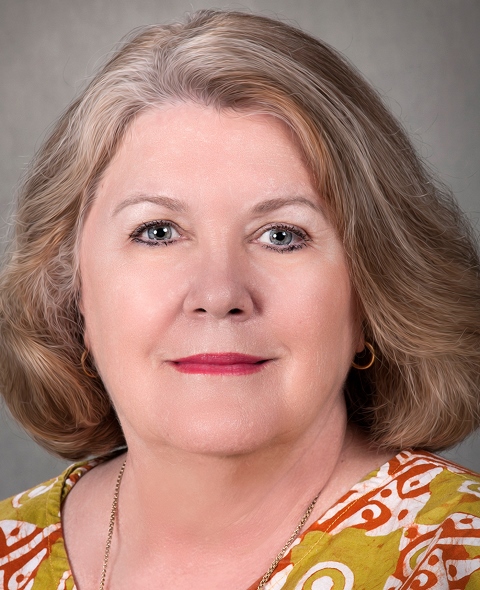 Dr. Logan is honored for her outstanding leadership and contributions to the global community through the promotion of veterinary medicine, animal health and international agriculture.

Dr. Logan’s career is founded on her longstanding interest in tropical diseases of livestock including Trypanosoma congolense infections of calves, rickettsia, Heartwater disease of domestic and wild ruminants and Cowdria ruminantium.

At an early age she was encouraged to discover and appreciate a vast diversity of cultures, languages, geography, animal populations and ecologies. With this background she has pursued a lifelong career as a high-impact veterinary biomedical research scientist, an inspiring educator, and a visionary leader of international animal and public health programs.  She has organized numerous workshops and exchanges for veterinary educators in the Middle East, Africa and at Texas A&M University. She has received a number of awards, including the International Veterinary Congress Prize in 2014.

Dr. Logan is viewed as a mentor and collaborator, encouraging her colleagues to work together to find inventive solutions.  By establishing alliances and cooperations, she has successfully launched programs to advance animal and human health, and been a major supporter of veterinarians in the developing world. ﻿ 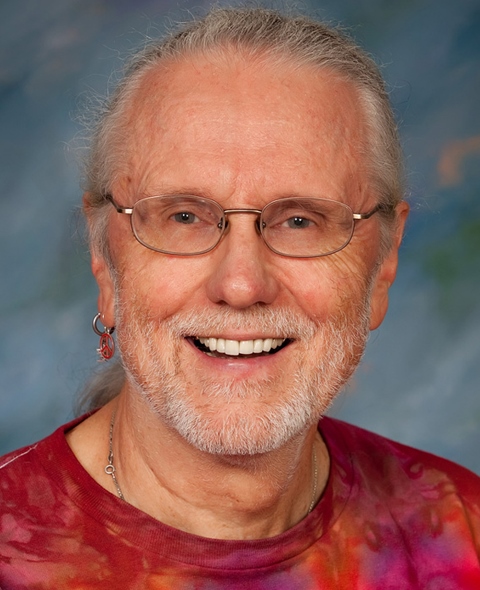 Dr. Scott is honored for his pioneering clinical discoveries in veterinary dermatology.

Dr. Scott has made impressive contributions to the field of veterinary dermatology. His descriptions and characterizations of dermatology disorders over four decades have remained standards for lesion characterization and are often referenced in today’s research manuscripts. He is credited with identifying 150 important disease descriptions in eight different species--dogs, cats, horses, cows, goats, sheep, pigs, and woodchucks. He has authored 460 scientific articles, 74 book chapters, 8 textbooks, and 82 proceedings.

Dr. Scott is one of the rare veterinary dermatologists that works on both small and large animal species.  His particular expertise in equine dermatology is widely recognized and sought after. He has been invited to deliver more than 449 presentations nationally and internationally.

His dedication to the profession and enthusiasm for sharing knowledge has led to his honorary lifetime membership in the European, Hellenic, and Japanese Societies of Veterinary Dermatology, British Veterinary Dermatology Study Group and the American College of Veterinary Pathologists. Dr. Scott has received 21 professional awards for teaching as well as national and international awards recognizing his expertise in veterinary dermatology and dermatohistopathology.

Dr. Scott is an avid educator. He has trained 22 dermatology residents and participated in the training of dozens more. He began teaching as an intern in 1971 and has taught veterinary students at Cornell ever since. He’s actively involved in coordinating core curriculum courses.

Dr. Scott was instrumental in the formation and development of the Dermatology Service at Cornell’s veterinary teaching hospital which is now recognized internationally for clinical and scientific excellence in veterinary dermatology.