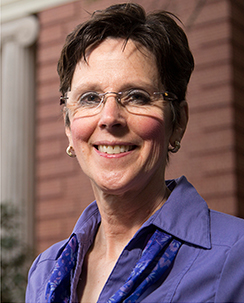 Brown is honored for her ceaseless dedication to excellence in teaching, veterinary science and control of infectious disease for the health of all.

Her work in international food security and bioterrorism is marked by high recognition from the Departments of State, Homeland Security, Agriculture, and Defense, and other intergovernmental groups such as the United Nations Food and Agriculture Organization, as well as the World Health Organization and World Animal Health Organization.

Brown joined the University of Georgia’s (UGA) College of Veterinary Medicine in 1996. In 2004, she received school’s highest teaching award, the Josiah Meigs Distinguished Teaching Professorship and, for 2009-2010, was named a UGA Senior Teaching Fellow.

Her work in more than 30 countries includes conducting workshops on basic field necropsy and diagnostic techniques. She also has served on national and international expert panels about animal health and has received numerous awards, including the XIIth International Veterinary Congress Prize from the American Veterinary Medical Association (AVMA) in 2013. The annual prize recognizes outstanding global service by a member of the AVMA, which, with more than 84,000 members, is one of the oldest and largest veterinary medical organizations in the world.

Prior to her current position, Brown was head of the pathology section with the U.S. Department of Agriculture at Plum Island, where she specialized in the diagnosis and pathogenesis of trans-boundary animal diseases. She was also an assistant professor of pathology at Louisiana State University.

Brown is regarded by her colleagues as a dedicated veterinarian, pathologist, humanitarian, and educator who embodies in her work and her life a passion for the veterinary profession and for those in the world less fortunate. 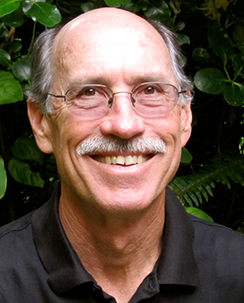 Carpenter is honored for his contributions over four decades to veterinary medical research, teaching and mentoring of students and colleagues.

His main research interests include epidemiology, simulation modeling, risk analysis, economic decision making, spatial statistics, avian influenza, brucellosis, foot-and-mouth disease, toxoplasmosis, tuberculosis, and other diseases of humans, wildlife, and livestock.Carpenter spent 37 years of his career at UC Davis, beginning in 1976 as a Research Associate/Lecturer and ending as Professor of Epidemiology in the Department of Medicine and Epidemiology. (He is currently Professor Emeritus.)

During his tenure at UC Davis, Carpenter supervised a large cadre of graduate students who have gone on to develop successful and productive careers, contributing to animal health and welfare, public health, poverty alleviation and environmental sustainability. He also contributed a great deal to the Masters of Preventive Veterinary Medicine program. He was the inaugural Chair of the Graduate Group in Epidemiology. In 2004, Carpenter co-founded the Center for Animal Disease Modeling and Surveillance within the veterinary school.

At a time when most academics retire, in 2012, Carpenter embarked on a new career as the Gilruth Chair of Animal Health and the Director of the EpiCentre at Massey University.He has published more than 200 papers in peer-reviewed literature and has presented keynote addresses at many international meetings, including the International Symposia on Veterinary Epidemiology and Economics. Carpenter is one of only three individuals who have attended every ISVEE conference since its inception in the 1970s.

Carpenter’s standing among veterinary epidemiologists specialists is legendary. He has received numerous honors and awards, including the Outstanding Faculty Award from the Graduate Group in Epidemiology in 2001. This year he established a World Organisation for Animal Health Collaborating Centre at Massey University. 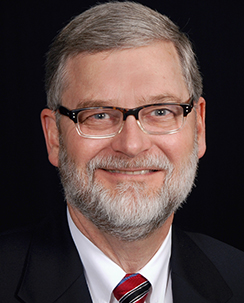 Harkema is honored for his exceptional leadership, commitment to teaching, and outstanding scientific accomplishments of veterinary and toxicologic pathology.

As a biomedical researcher, Harkema focuses his studies on understanding the pathobiology and toxicology underlying the health effects of environmental and occupational air pollutants. Much of his recent work deals with developing animal models of human cardiopulmonary and metabolic disease (e.g., asthma, cardiometabolic syndrome) used to investigate how acute or chronic disease may affect an individual’s susceptibility to toxicant-induced injury and subsequent repair.

After completing a NIH-sponsored residency/research training program in comparative pathology and toxicology at UC Davis following his Ph.D., Harkema joined the scientific staff at the Lovelace Inhalation Toxicology Research Institute in Albuquerque, NM in 1985 as an experimental and toxicologic pathologist and later became the institute’s project manager for pathogenesis research.

In 1994, Harkema joined the faculty of the Department of Pathobiology and Diagnostic Investigation in the College of Veterinary Medicine at MSU, where he received his DVM. In 2011, he became the Director of the Great Lakes Air Research Center for Integrative Environmental Research (GLACIER), one of four EPA-funded Clean Air Research Centers in the nation. Harkema has co-authored more than 200 peer-reviewed scientific publications and has served on numerous scientific advisory committees, including those for the National Institutes of Health, the Environmental Protection Agency, and National Academy of Sciences.

In addition to training graduate students, residents, and postdoctoral fellows in biomedical research, he also moderates courses in advanced general pathology, integrative toxicology, and pulmonary pathobiology. Harkema is a member of the Society of Toxicologic Pathologists, the Society of Toxicology, and the ATS. His work has been recognized with numerous honors, including the 2001 Pfizer Award for Research Excellence and the 2006 Distinguished Faculty Award—both given to him from the College of Veterinary Medicine at MSU. 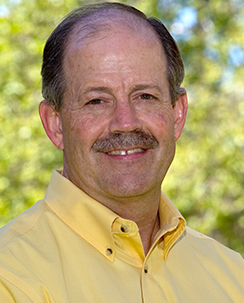 Janssen is recognized for his dedication to wildlife health and conservation across the world. He is respected not only for the quality of his veterinary care within zoological institutions, field research, publications, national and international presentations and training workshops in wild animal health, but also because of his leadership roles in the profession.

Janssen has contributed to nearly every edition of the late Murray Fowler’s text and reference book, Zoo and Wild Animal Medicine. His peer reviewed publications include the early alert to the importance of lead intoxication in California condors. He has led multi-organization teams working at Chengdu Panda Base Breeding Center in China to improve health and breeding of captive giant pandas. This effort has led to more than 125 successful births at that institution.

In 2009 he received the AAZV Emil Dolensek Award “in appreciation for exceptional contributions to the conservation, care, and understanding of zoo and free-ranging wildlife reflecting Emil Dolensek's commitment to these purposes.”

After his internship/residency at San Diego Zoo (1978-80), Don served two years as associate veterinarian at the National Zoological Park in Washington DC, before returning to the San Diego Zoo in 1982 as an associate veterinarian. His influence within that institution has grown over the years and in 1994 he was a key member of the strategic planning task force which led to the development of the Joint Zoological Medicine Residency Program with the school, considered to be one of the premier residencies in the field.